IKM Testing offers efficient and cost-reducing replacement of bolts using the patented Hot Bolting Clamp™. Damaged bolts pose a high safety risk. Using new technology, we restore the integrity of the pipe system during normal operations in a safe way. Several years were spent testing this method with Equinor before it was approved. The method is currently used by several other Norwegian Operators and provides very significant savings (a key figure is 1:30 in value creation).

The technology ensures that the gasket load is under control both during installation of the tool itself and when the bolts are subsequently replaced. This enables safe maintenance of flange connections during ordinary operations.

It is a great advantage to clients that this maintenance work is moved out of planned shutdowns and over to quieter periods. For flange connections that are planned to be opened during shutdowns, it is also of great benefit for the shutdown team to be able to work with flange connections where the old corroded bolts have already been replaced with new lubricated bolts that ensure fast disassembly.

The technology is approved by several operators for all pressure classes. Approved courses and training are required for performing Hot Bolting. IKM Testing offers courses in Hot Bolting at our Training and Competency Center. 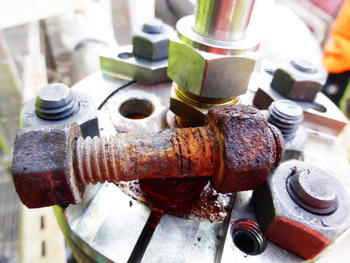