Freiberg had invited himself together with representatives from his Government department to view the ROV Onshore Control Center. Several members of the press also attended and the minister was impressed stating: “This is like science fiction”. Freiberg added that there is high demand for modern Norwegian technology such as this both in the oil and gas sector and renewables market. He said furthermore that the Norwegian Government now has opened further two blocks for offshore Wind parks in Norwegian waters, and that he sees IKM Subsea’s Remote and Resident ROV solutions to be highly attractive for such areas. 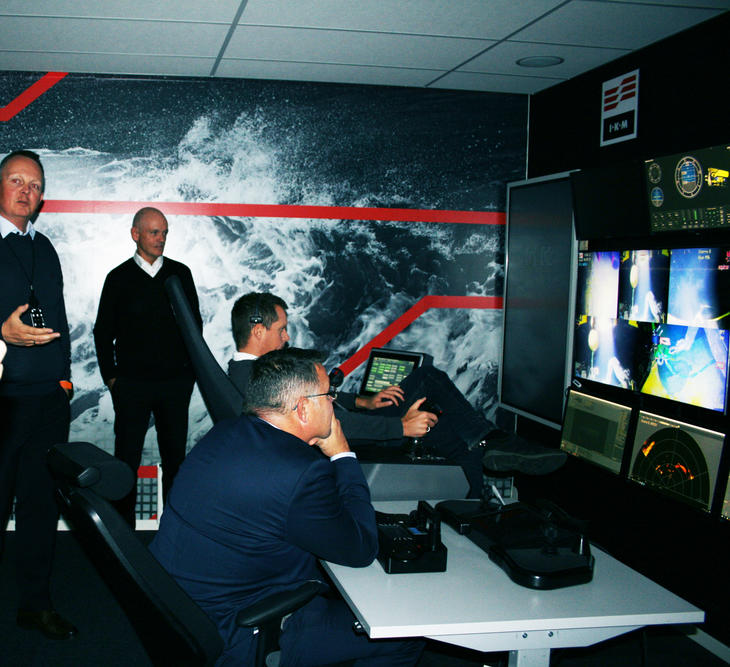 IKM Subsea were in 2017 awarded a 10+15 year contract by Equinor for 4 ROVs on the Snorre B and Visund installations in the North Sea. They can all be operated from the Onshore Control Center at Bryne. One of these 4 ROVs is the Merlin UCV Residential ROV (RROV), staying submerged for up to 3 months at a time. The onshore control center is manned 24 hours and 365 days a year. IKM Subsea is a pioneer in this area, being the first ROV company to commercially operate ROVs from onshore.

The visit also included a tour of the factory floor to view the two newest additions to the IKM ROV fleet. Two Merlin UCV Work class ROVs that are about to be mobilized on AKOFS Seafarer for AKOFS Offshore to carry out light well intervention work off Norway for Equinor. This is a 5 + 3 year contract with an estimated value of 400 million NOK. Both ROVs have been built at the Bryne facility. 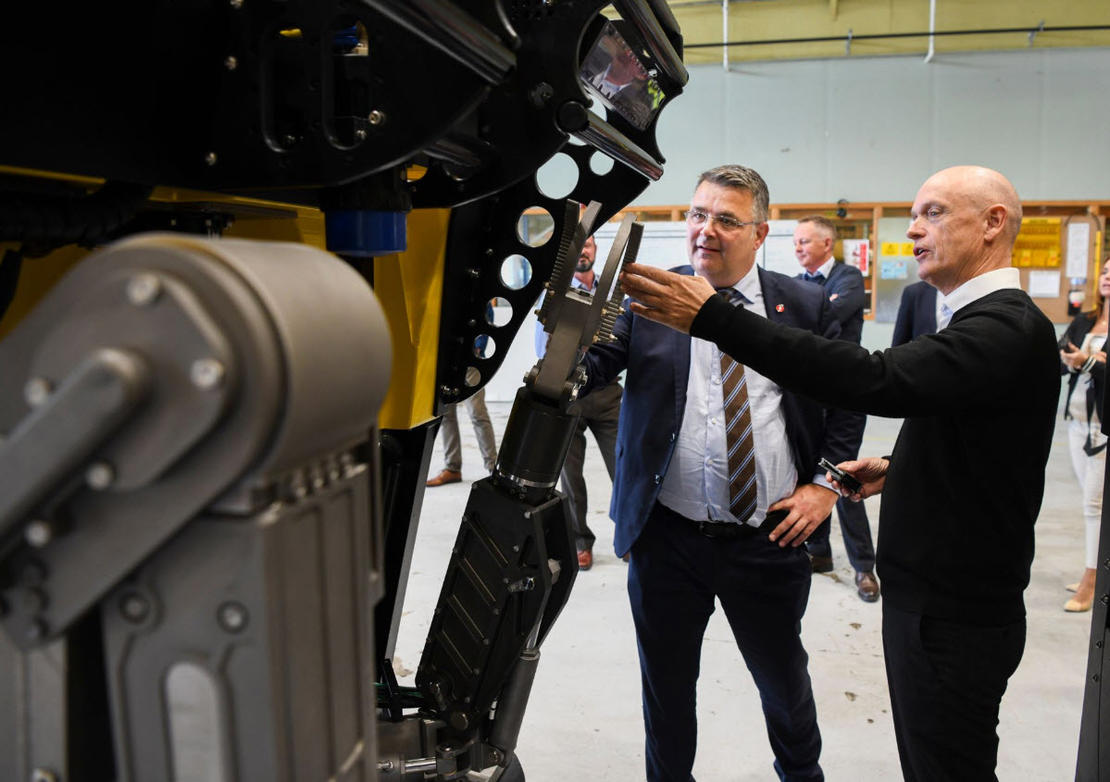 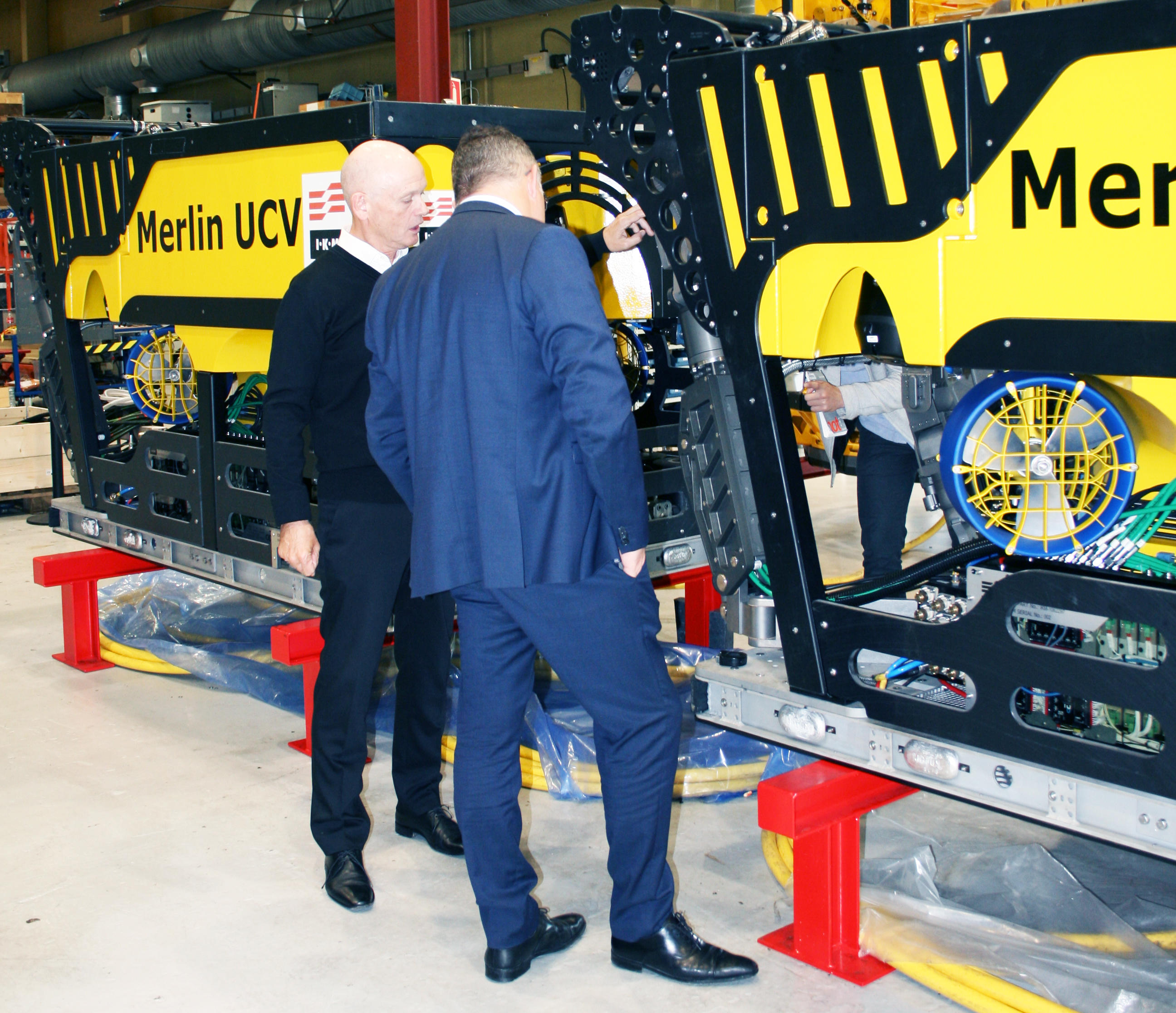 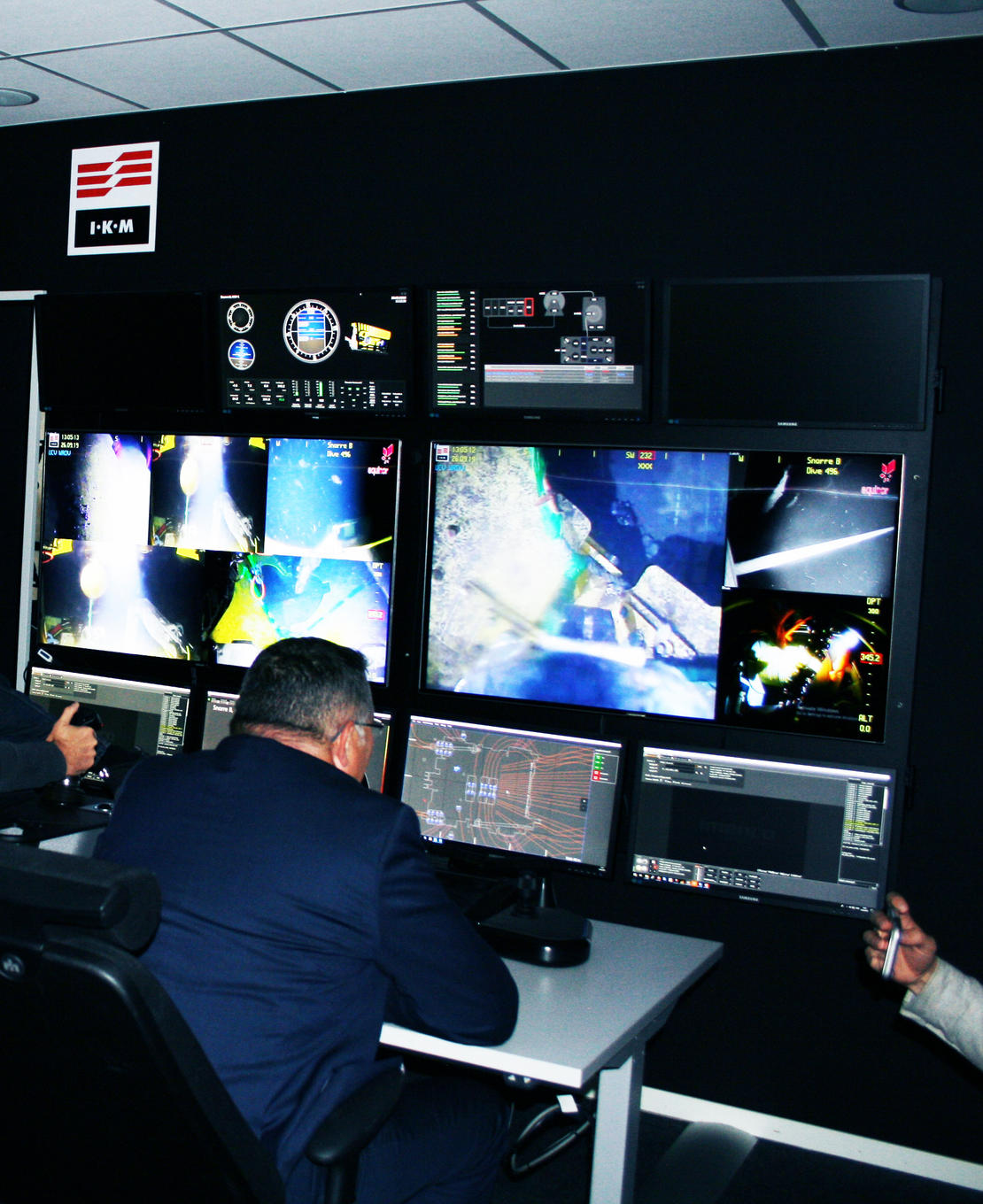